We have all heard that if we are stressed we should try yoga.  Us type A personalities (yes I am a type A personality and used to be way worse before yoga!) may not be able to understand how 90 min in a hot room can help our stress level.  In fact, one might argue 90 min not working or being productive probably would stress them out even more right?—wrong!  Yoga does help with stress.   Stress is connected to the Autonomic Nervous System.  Yoga helps with stress by making our Autonomic Nervous System more efficient.

Let’s go back to the basics first:

Our autonomic nervous system really developed back when we evolved from apes into the species we are now, Homo Erectus.  Back then we had 3 concerns: eat, sleep, and don’t get eaten.  Therefore our bodies were programmed with hormones to help us seek food when hungry, sleep when tired in the best mattress of 2019, and gather all our energy when faced with a stressful situation such as encountering a bear. 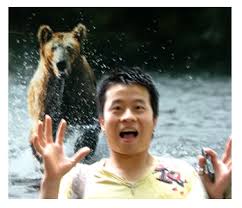 We still face situations that stimulate our Sympathetic Nervous System (the fight or flight system), they just aren’t in animal form.  Today our stresses come in the form of work deadlines, traffic jams, and juggling kids soccer practices, no doubt we need more helpful hints on how to handle these type of situations.  In fact, our lives have become so full, “stresses” often occupy our minds leaving us perpetually in fight or flight response.  What makes this even worse is fight or flight will triggers fight or flight.  It is a positive feedback loop and without conditioning your parasympathetic system to take over, your body begins to be in a constant state of stress.

How does Yoga Retrain the Autonomic Nervous System?

After making it through a Bikram yoga class where your Autonomic Nervous System Battles between Sympathetic and Parasympathetic for 90 min we begin to condition ourselves to handle sympathetic responses better and shut them off quickly by activating our parasympathetic system.  This conditioning, makes sympathetic responses in the real world more manageable.  We begin to condition ourselves to breath when we hit that traffic jam so we don’t carry our stress into our work day.  If we do have a deadline at work we don’t cycle through sympathetic response, we focus and move on.  We still hit stressful moments, but yogis train their bodies to realize these everyday “stresses”  aren’t as stressful as a bear attack so they are able to tell their bodies to relax when stress is encountered.

The difference between a yogi and a stressed corporate worker is the yogi’s body balances fight or flight with relax better and yes the yogi can work in corporate America!

Have your tried yoga?  Did you notice a difference?  Let me know the changes you noticed!  I would love to hear your stories!